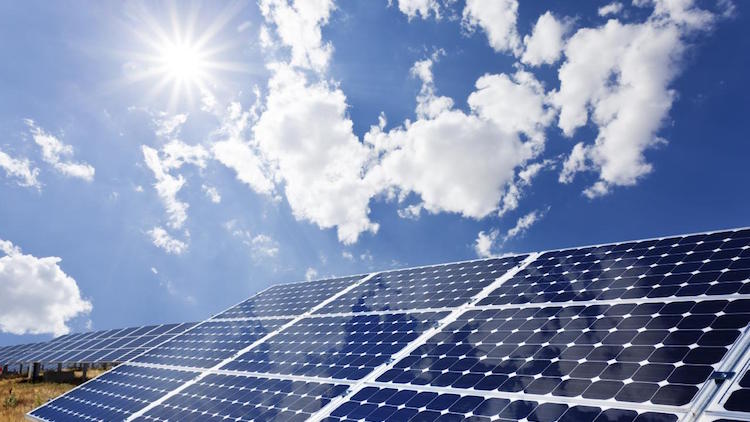 Over the past few years, California’s environmental agenda has followed one simple rule – keep
your head down and carry on.

As our nation’s leaders continue to roll back environmental regulations, stripping away the
basic environmental principles many of us have come to regard as the new normal, the Golden
State has been doing the exact opposite – stridently setting environmental goals and then
taking the necessary steps to meet them.

As our most recent legislative session drew to a close, a historic bill was signed into law. Senate
Bill 100 sets aggressive emission reduction goals, mandating that 100 percent of California’s
electricity come from emission-free sources by 2045.

Since setting the first emissions reduction target in 2002 with a goal of 20 percent renewable
energy by 2017, California has continually surpassed these benchmarks years ahead of
schedule. New targets were implemented in 2006, 2008 and 2015 as we continued to exceed
even our own expectations.

SB 100, authored by Sen. Kevin de León (D-Los Angeles), is the second of its kind, following
Hawaii, which became the first state to set a goal of 100 percent clean energy last year. As the
world’s fifth largest economy, California’s adoption of such an ambitious target could be a
gamechanger for the clean energy movement and once again positions California as a global
force on combatting climate change.

While setting goals is critical, our elected officials have also been diligent about pursuing smart,
practical solutions designed to help us meet these ambitious legislative priorities.

Along with SB 100, Governor Brown signed complementary environmental legislation
yesterday. Senate Bill 1477 will tackle new building construction and clean heating, lowering
costs and increasing accessibility to emission reduction technologies. Assembly Bill 3232
requires the development of a plan to reduce GHG emissions in the state’s building stock to
40% below 1990 levels by 2030 in a business friendly and cost-effective manner.

One quarter of California’s GHG emissions come from the building sector where many buildings
use furnaces and water heaters that run on fossil fuels. Laws like SB 1477 and AB 3232 do the
grunt work to make the dream of 100 percent clean energy a reality, each of them bringing us a
step closer to our goal.

California’s commitment to clean energy has fueled our state and regional economy, pushing
GDP growth significantly ahead of the nation as a whole. Over half a million Californians are
employed in the clean energy industry where wages are higher than the state average. The
belief that sustainability and economic development are mutually exclusive is outdated and
California has proven over and over again that the two often go hand in hand.

As president of the Los Angeles Business Council, it’s my job to advocate for laws that benefit
L.A.’s business community. That includes businesses both large and small in industries from
developers to start-ups and nonprofits. It is abundantly clear that regardless of industry or size,
it is in the best interest of business to adopt sustainable practices and advocate for a clean
economy.

That’s why I’ll be keeping an eye on Assembly Bill 813, a revolutionary attempt to regionalize
the power grid on the West Coast, which didn’t make it to the floor for a vote this session.
While regionalization has been the subject of vigorous debate for years, the fact is it has the
promise to deliver enormous cost and energy savings and provides opportunities to develop
newer, cleaner renewable resources. Some big ideas, even here, take time to gain support.

With the passage of SB 100, we are setting a goal for the future of California. By passing bills SB
1477 and AB 3232, we are taking steps towards reaching that goal. Regardless of what officials
do on the federal level, whether it be stripping away environmental protections, reducing the
size of national parks or investing in “clean coal,” California chugs on.

While they debate the existence of climate change, we will be here doing the hard work,
keeping our heads down and carrying on until the rest of the country is ready to follow our
lead.