California’s skyrocketing housing costs has made it one of the most expensive places to live in the nation, affecting virtually everyone from young people in their first jobs, to families looking to purchase their first homes.

A new survey, The Affordable Housing Crisis in Los Angeles: An Employer Perspective, takes a fresh look at this entrenched problem. Released today, the survey was led by Professor Raphael Bostic, a highly-respected USC professor and the newly appointed head of the Atlanta Federal Reserve. Bostic’s team surveyed 14 major L.A. employers accounting for nearly 200,000 jobs in key sectors including utilities, healthcare, education, government, engineering and finance. His survey focused on how the high cost of housing in the region has affected their ability to attract and retain workers.

By looking at housing from an employer perspective, Bostic and our roundtable experts propose several solutions to combat this problem:

Our city is home to one of the most vibrant, innovative economies in the world. For years, we have been leaders in aerospace, healthcare, and the entertainment industry. That’s why it’s so discouraging to see we may be scaring away the next generation of visionaries and business leaders by our city’s increasingly astronomical living expenses.

We at the LABC pride ourselves on our ability to use the latest research to inform our policy goals and strategic initiatives. By sponsoring thought-provoking research such as this, we gain a better understanding of how housing, transportation, and our region’s economy are interlinked.

This report should be taken as a call to action: it’s time to address the large toll our city’s high cost of living has taken on our residents and businesses, and the threat it poses to our economy overall. 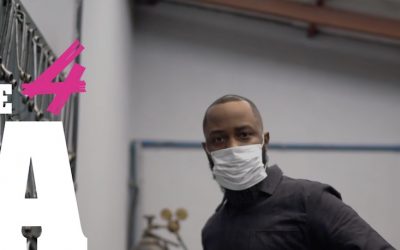