L.A.’s mayoral candidates agree homeless encampments need to go. The question is how 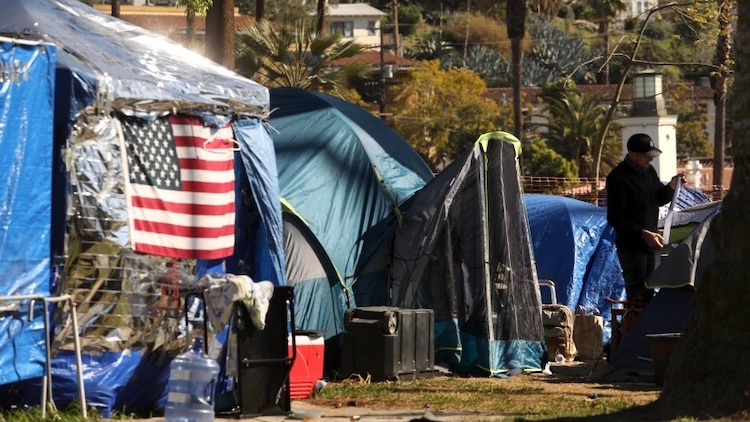 Facing an enormous public outcry to solve homelessness in Los Angeles, nearly all of the leading candidates for mayor in 2022 agree on at least one thing: The problem of thousands of people sleeping in tents and RVs across the city is a crisis deserving of a disaster-level response.

In general, they concur with most of the voters in a poll released last week that thousands of new interim housing beds are needed right away. They said the city also needs to continue building permanent housing units, with roughly 40,000 homeless people in L.A., 70% of whom are unsheltered. And they largely agreed that the county’s mental health system needs to work more effectively and be expanded.

Where all this new interim housing would go and how it would be funded isn’t exactly clear.

The candidates were asked about their plans after the release of the poll, conducted by the Los Angeles Business Council Institute in coordination with The Times. It found that homelessness continues to rank as the dominant issue in the region, with 94% of voters viewing homelessness as a serious or very serious problem.

For some, thousands of new tiny homes, rented hotel rooms and other forms of short-term shelter where people can get back on their feet are the place to start.

“I think first and foremost, there needs to be the urgency of getting people off the street now and making sure that the encampments are gone,” U.S. Rep. Karen Bass told The Times.

“Frankly, in our society, they’re just some things you don’t do outside and sleeping is one unless you’re camping. So we certainly need more temporary housing and resources should be focused on all the various strategies that have been done.”

City Atty. Mike Feuer said he would declare a state of emergency, giving the mayor the power to commandeer buildings and tackle the “diffusion of authority” on homelessness that plagues the city.

“There has for a long time among the so-called experts on homelessness, the view that you focus on the chronically homeless people first, and then you focus on everybody else,” Feuer said. “I disagree with that. I think we should be focusing on getting as many human beings off our streets as fast as possible. … I would say the very biggest problem is a lack of shelter and housing for people.”

Public opinion has shifted as the crisis has intensified on whether government investment should give higher priority to temporary shelter or long-term housing, with county voters opting for the short-term solutions by 57% to 30% in the poll. In a similarly worded question two years ago, opinions were nearly evenly divided.

The city has focused a lot of attention and resources on building permanent supportive housing for homeless people, which researchers consider to be the most effective means for transitioning people out of chronic homelessness.

But politicians and taxpayers alike have sharply criticized a status quo in which the average cost per individual unit has ballooned to more than $500,000 and projects often take years to come to fruition.

Bass, Feuer, Councilman Kevin de León and Councilman Joe Buscaino are among those who say the city’s immediate focus should be on short-term options that can help get people off the streets as soon as possible.

For Buscaino, that means 7,000 new interim housing units in his first 18 months in office. Feuer thinks roughly 3,000 new beds built per year in his first term to get everyone who is unsheltered off the streets is realistic.

Bass cautioned that she had not fully fleshed out the specifics but said creating 10,000 new beds sounded like the right number.

All expressed confidence that the gusher of money flowing from the federal government, along with Sacramento’s projected $31-billion budget surplus, could help cover the construction costs. People in shelters of all kinds are still considered homeless; the hope is they can stay for a relatively short time as they stabilize, get connected to services and find a permanent home.

But De León drew a sharp line at the construction of new congregate shelters, which he said would be a waste of taxpayer money since many people don’t want to accept transfers there. Both Feuer and Buscaino said the large, bunk-style shelters still have a place in the homelessness response.

Like most other candidates, Encino entrepreneur Ramit Varma sharply criticized the sluggish, expensive pace of housing built so far under Proposition HHH, the $1.2-billion bond measure passed by voters in 2016. Varma, who co-founded an online tutoring firm and has pledged to put at least $1 million of his own money toward his campaign, said the city had failed by focusing too heavily on permanent supportive housing.

The city should rapidly expand its transitional housing stock so that those who are recently homeless or on the brink of homelessness can get protected as quickly as possible before undergoing further trauma on the streets, he said.

Jessica Lall, president and chief executive of the downtown business group Central City Assn., and Mel Wilson, a San Fernando Valley-based real estate agent and former Metropolitan Transportation Authority board member, have also made housing and homelessness the central issue of their campaigns.

Wilson, who describes himself as an “advocate for the housing industry for nearly 30 years,” said he believes the city should provide incentives to developers to build more workforce and affordable housing by waiving fees and assigning caseworkers to help shepherd worthy projects through the often byzantine approvals process.

The question of adding interim housing capacity in the city has been linked in recent months to debates about laws concerning where homeless people can camp.

Buscaino, a former police officer representing a district that spans from Watts to the Port of Los Angeles, has distinguished himself on the council with tougher talk — calling for a more hard-line approach to homelessness than many of his colleagues.

He was the catalyst for the debate and eventual passage of a law regulating sitting, sleeping and storing property near fire hydrants, building entrances, driveways, libraries, parks and elementary schools.

The new law — known as “41.18,” in reference to the section of municipal code it replaced — created a process in which members can identify problematic encampments and introduce resolutions to ban them. This concerned advocates for homeless people and certain members of the City Council, who say the city has made clearing unsightly street encampments a priority even when insufficient permanent housing exists for the people being moved.

In the recent poll, voters expressed skepticism about clearing encampments without offering people a place to go. A majority of respondents said that when an encampment is cleared, homeless people are most likely to move to other encampments in the region, rather than find shelter or permanent housing or leave the region.

A federal court order in Boise, Idaho, set a legal precedent limiting the enforcement of anti-camping ordinances unless shelter is available. That ruling has colored the debates over how enforcement should be conducted in the city.

The other councilman in the race — De León, a former state Senate leader representing a district that covers downtown L.A. and much of the Eastside — voted in favor of the targeted anti-camping ordinance but thinks it should be used more sparingly.

“If you go 41.18 all over the city, then all you’re doing is moving people around,” De León said, comparing mass enforcement without adequate housing options to a game of musical chairs that will inevitably leave many without a place to go.

She said that there needs to be rules governing how people live on the street and that an increased number of city-funded outreach workers should be leading the way — even if police are still involved but in the background.

Buscaino said that while there should be an expansion of outreach, no one should be allowed to sleep on the street: “For those who are not willing to accept help, we can’t give up on those folks, but at the same time, we need to have standards on our streets.”

Buscaino is also pushing to get a ballot measure before voters in November that would bar homeless encampments altogether in public spaces.

Feuer, who as city attorney has played a role crafting these much-debated ordinances, said he didn’t love using resolutions to block off certain parts of the city. He was supportive, though, of the categorical bans on sleeping in certain locations such as near existing homeless shelters, saying that communities will be unlikely to agree to new housing facilities in their neighborhoods if they believe large encampments will follow.

Feuer also was dissatisfied with the work of the Los Angeles Homeless Services Authority, saying that this joint-powers authority where both the city and county contribute funding is an outdated and ineffective model. He said that he isn’t sure what the best alternative is yet and that the city should work to find a better model if it decides to pull out of it.

Buscaino has called on the city to withdraw from LAHSA, saying it should create its own agency that would be accountable to the council. Other candidates have raised the possibility of leaving LAHSA, but not in such definitive terms.

The downtown business leader said her decision to run was shaped in part by the death of her younger brother, who suffered from substance abuse and mental health issues that ultimately took his life.

“I know that nobody really can get better in a tent, and we need to do better in terms of providing housing and services and acting with far greater urgency,” Lall said.

‘Gimme Shelter’: Sacramento plans to give homeless residents the right to housing 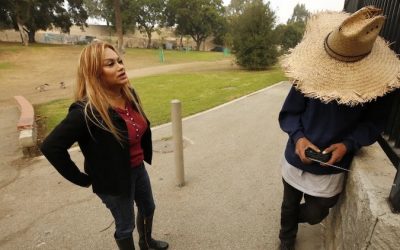 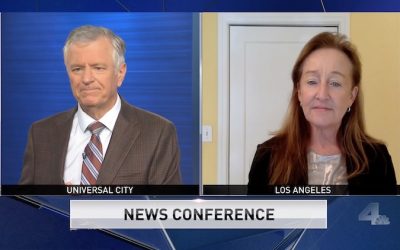 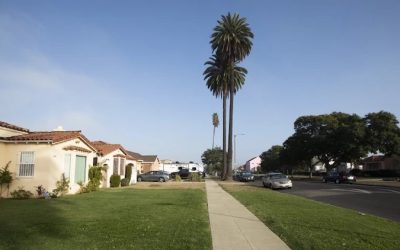