LOS ANGELES (Dec. 6, 2021) – As tens of thousands of people in the region remain unhoused on sidewalks and streets, under freeway overpasses, and in public parks, the Los Angeles Business Council today urged government leaders to embrace a Right to Housing and provide a continuum of care by prioritizing a broader mix of short-term and long-term solutions that new research shows LA County voters overwhelmingly support.

LABC’s call for action comes in response to a recent public opinion survey commissioned and funded by LABC’s research and education arm, the LABC Institute, in partnership with the LA Times and conducted by the nationally renowned polling firm Hart Research Associates. Developed as an update to the LABCI’s and LA Times groundbreaking 2019 homelessness survey, the latest poll delivers valuable new insights into how LA County voters’ views have evolved in recent years amid a worsening humanitarian crisis throughout the region.

Since the last survey two years ago, homelessness remains just as urgent in the minds of LA County voters, with 94% calling it a “serious problem,” according to the survey. Seventy-nine percent of respondents say the issue has worsened in the County at-large in recent years – two-thirds say it has worsened in their neighborhoods – with an astounding 39% reporting that they have considered moving away because of it.

LABC’s homelessness policy agenda aligns with the evolving views of a large majority of voters surveyed. By a 2-to-1 margin, voters seek scalable short-term solutions over long-term housing policies. LABC believes more short-term solutions need to be prioritized along with longer term solutions. They want decisive action by government officials who a majority believe have shown inadequate leadership on the issue. These proposed measures include support for right-to-housing initiatives, tiny homes, adaptive reuse efforts, and greater transparency and accountability.

Conducted by phone and online Oct. 27 – Nov. 3, the LABCI survey evaluated a diverse cross-section of 906 local voters’ views on homelessness in LA County and proposed policy initiatives. The research also included focus groups in which voters shared their personal experiences.

“There is a real disconnect between what voters are demanding and the policies that are currently in place. Voters rightfully see homelessness as an emergency situation requiring a response that breaks with longstanding programs and policies that have proven ineffective,” said LABC President Mary Leslie.

“People experiencing homelessness and the future of Los Angeles rely on practical, commonsense solutions and a ‘get it done now’ approach that brings a heightened sense of urgency to solving homelessness, which voters rank as the number one issue of our time in LA.”

“This landmark public opinion effort highlights the fact that most LA County voters agree that all Angelenos deserve a right to housing and a roof over their head, we need to break the mold and implement an urgent and comprehensive strategy to solve the problem. The voters have lost patience with the current homeless policies and plans,” said LABCI Chair Brad Cox. “They are demanding leadership that is equal to the humanitarian crisis and willing to take emergency measures to change the homeless conditions on our street. Leadership needs to have a clear and focused regional policy on housing and homeless which also translates to immediate and measurable outcomes in the local neighborhoods”.

To break with current homelessness practices, LABC calls on leaders to embrace:

“We are spending unprecedented sums to address unsheltered homelessness in California, but I believe our efforts will fall short if we don’t change the public policy that now makes any action optional,” said Sacramento Mayor Darrell Steinberg, who last month proposed that his city adopt a first-in-the-nation Right to Housing. “When something matters in our society, we make it a requirement. It’s not optional for government to provide a free public education to children. It’s not optional for us to provide services to the developmentally disabled. In California, it’s not optional that we eliminate greenhouse gas emissions from our state’s supply of electricity. So why is it not mandatory for government at all levels to provide housing to the tens of thousands of people living on our streets, under bridges and along riverbanks? We haven’t treated housing as an essential life need. We have to stop treating housing as an economic commodity.”

In addition to informing LABC’s policy agenda, the survey findings will serve as a critical framework for the upcoming LABC Candidate Breakfast Series, which will focus on candidates for LA Mayor as well as LA City Council District 5 and LA County Supervisorial District 3. The series will kick off Dec. 16 with the City Council race at the Waldorf Astoria in Beverly Hills.

“The public was clear in this survey that they are not giving their leaders any more time,” said Kevin Murray, President and CEO of the Weingart Center. “They want to see both short- and long-term solutions that bring real and immediate benefits to their neighborhoods. They understand we need a variety of approaches rather than one-size-fits-all, and that we need to start implementing them now.”

LABC thanks The Rosalinde and Arthur Gilbert Foundation for its generous support of this research. 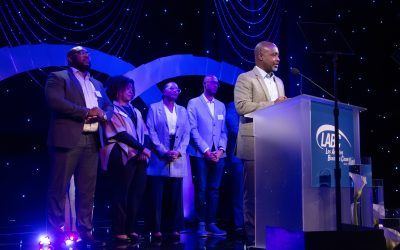 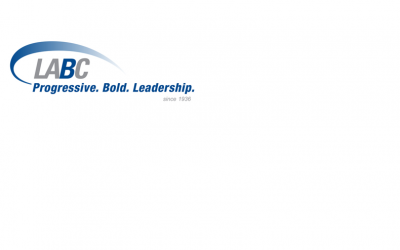 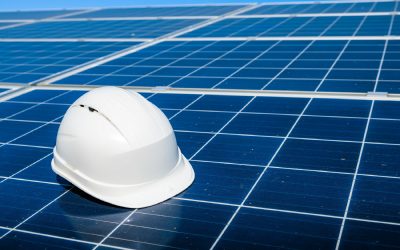