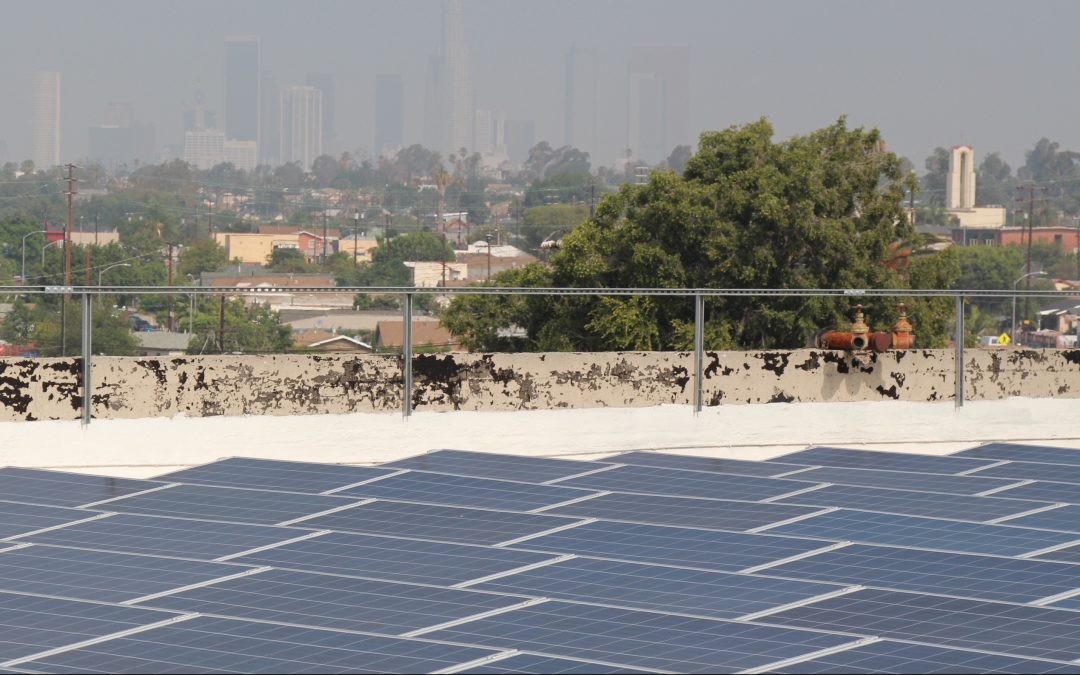 Today, the Los Angeles Department of Water & Power’s Board of Commissioners approved the authorization of a 300 megawatt expansion of the Feed-in Tariff program, increasing the nation’s already largest FiT program from 150MWs to 450MWs. The approval comes shortly after the initial 150MW FiT program reached nearly full capacity earlier this month.

The Los Angeles Business Council has been a champion for the FiT program since its inception in 2013, working to ensure the effectiveness of the now almost fully subscribed 150MW FiT program. Through a long-term partnership with LADWP leadership and staff, the LABC has held dozens of educational workshops to connect building owners with solar developers, interconnection events celebrating projects connecting to the grid, and ongoing conference calls with stakeholders and active participants.

With our partners including the UCLA Luskin Center for Innovation and the USC Program for Environmental and Regional Equity, the research arm of the Los Angeles Business Council, the LABC Institute (LABCi), has also released 6 reports on the environmental, economic, and equity benefits of the FiT program.

In 2017, the LABC successfully advocated for the 65 MW FiT Capacity Re-offer that improved the program’s pricing and efficiency, setting an aggregate price of 14.5 cents/kWh for the remaining capacity. The market response was highly positive, with the remaining capacity being claimed in less than two years’ time.

LADWP’s Feed-in Tariff program  generated over $500 million in new investment for the City and will reduce 68,500 metric tons of greenhouse gas emissions annually when all projects are interconnected. Our partners at the UCLA Luskin School of Public Affairs estimate the FiT 150 created between 3,400 and 4,500 local jobs and we estimate the additional 300MW in an expanded program will generate up to 9,000 jobs directly and indirectly. The program utilized private, union, and veteran labor. Most importantly, nearly 40% of all in-service installations are in disadvantaged communities identified as ‘Solar Hot Spots’- disadvantaged communities with high solar potential.

The 300MW expansion updates several aspects of the program, including increasing the single project cap from 3MW to 10MW, allowing for larger in-basin solar projects, as well as creating a tiered-pricing scheme to best prioritize both consumer needs and project development.

The authorization now heads to the Los Angeles City Council for a vote to increase the Board’s authority to enter into FiT contracts by 300MW.

Click here to join us on Thursday, October 10th for our Solar Workshop & Community Networking event to learn more about the expanded program!