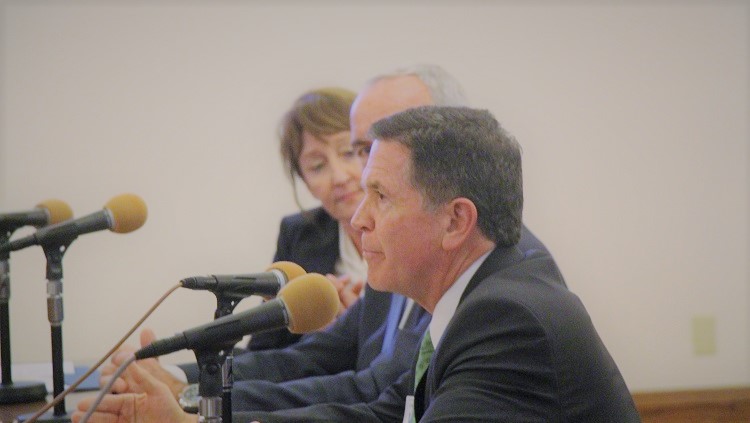 MyNewsLA.com— A Los Angeles City Council committee moved forward with a proposal Wednesday to create a free online database that would link local businesses to major contracts, including ones related to the 2028 Olympics and other major events.

The program would be modeled after a system that was developed for the 2012 London Olympics. Over 200,000 businesses have registered with the London website since its creation and more than 75 percent of the contracts on the platform have been awarded to small and medium businesses, according to a report from the Los Angeles Business Council Institute.

“I want to thank the Los Angeles Business Council for bringing this concept to us because it seemed to me an exciting opportunity to emulate what has worked elsewhere in order to broaden our pool of potential businesses who can benefit from the enormous amount of economic activity in procurement that we are going to have, not just public procurement but private procurement in relation to the big events that we have coming up, and will allow more businesses to know about those opportunities, to compete effectively for those opportunities and to not be buried in the red tape that’s usually involved in the procurement process,” said Councilman Paul Krekorian, chair of the Ad Hoc on Comprehensive Job Creation Committee.

A motion introduced by Krekorian and approved by the committee noted many of the economic opportunities that are coming to Los Angeles in the coming years.

“Over the next decade, Los Angeles will benefit from an unprecedented amount of investment in public infrastructure projects such as those funded by Measure M and Measure HHH,” the motion says.

The motion would direct city staff to review the LABCI study and report back with options for developing the online database.