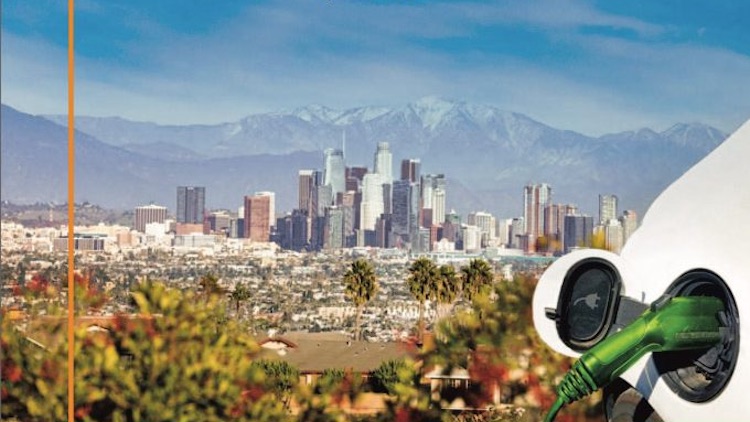 CALIFORNIA — As Gov. Gavin Newsom and U.S. President Joe Biden push to get more electric vehicles into the hands of more people, one question looms: how to ensure equitable access.

The median income of an EV buyer in California is $150,000, according to the International Council on Clean Transportation. Yet the median household income for the state is only half that much, putting EVs out of reach for many residents.

What You Need To Know
The Los Angeles Business Council partnered with the University of California, Los Angeles to develop a strategy for equitable EV adoption

Expanded incentives to reduce the price of new and used EVs will also be necessary to encourage low-income EV adoption
“If you’re developing a policy to get to zero emissions, it matters how you do that,” said Mary Leslie, president of the Los Angeles Business Council. The coalition of 500+ LA businesses recently partnered with UCLA’s Luskin Center for Innovation on an agenda for equity-centered transportation.

Earlier this month, President Biden proposed $174 billion in investments to “win the EV market.” Gov. Newsom has also proposed $1.5 billion for the 2021-2022 fiscal year to help California achieve the goals he set out in an executive order last year, mandating that 100% of new passenger vehicle sales in the state be zero emissions by 2035.

Despite the massive potential influx of financial support to fund clean transportation, Leslie said government policies run the risk of worsening inequality in low-income communities if they do not focus on equity more strongly.

“The reason why equity is so important is because underserved communities are disproportionately affected by the health effects of poor air quality,” Leslie said.

Multiple studies have shown that individuals with lower socioeconomic status and less education who live near major sources of pollution are more likely to suffer negative health effects.

To help guide the state, the LABC study identified the “low-hanging fruit,” and barriers to making EVs more equitable.

Among the group’s recommendations: require publicly owned fleets to go electric, from school buses to police cars to e-transit.

“That’s a relatively easy first step because it only requires the government to make a decision,” Leslie said. That transition should be followed by privately owned fleets with public contracts, then freight, delivery and rideshare vehicles.

“These are all the places where the government has influence on what happens,” Leslie said. “The idea is you convert these fleet vehicles to electric and deploy them in a manner that’s most beneficial to the underserved communities.”

Changing consumer behavior is the greatest hurdle, she said. Getting moderate- and low-income drivers who own older vehicles that generate higher levels of emissions will require expansions of programs to lower the purchase price of new and used EVs. The study suggested incentives or subsidies could be used to reduce not only the cost of the vehicle but charging infrastructure and electricity.

“Underserved communities are not buying Teslas,” she said, adding that such communities also need more charging infrastructure and education about the benefits of EVs.

Even in California, which accounts for 50% of all EVs sold in the U.S., researchers at the University of California, Davis, found that half of the state’s residents do not know EVs even exist.

And among those who know about them and have bought in, there are warning signs. Earlier this month, UC Davis researchers found that about 20% of households who bought an electric vehicle or plug-in hybrid between 2012 and 2018 went back to a gas-powered car for their next vehicle. They found that those who abandoned EVs earned less and rented more than those who kept them. They were also less likely to live in a single-family home.

About 50% of California residents rent, rather than own, their living quarters, according to the U.S. Census. That has major implications for EV adoption since many renters lack access to the charging infrastructure that allows them to refuel their vehicles. Eighty percent of EV owners recharge at home, according to the U.S. Department of Energy.

“Apartments are essential when you talk about equality and EVs,” said Paul Jennings, principal of PCS Energy, an electrical contractor formed by and on behalf of multi-family apartment owners. He said the company has installed 10,000 EV chargers in LA, 95% of which have been in multi-unit buildings.

There’s still a long way to go. Los Angeles is home to 1.5 million housing units, according to the U.S. Census.

Equity, he said, is one of the core principles of the state’s ZEV market strategy that is still being developed, and for which the LABC agenda was created.

“Clean cars for all is where the focus is,” Eckerle said, adding that the idea could include a scrap-and-replace program that gives robust incentives to cover most, if not all, of the cost of a used zero emissions vehicle.

“There’s a lot of work to do on equity and a lot of fiscal things to make right as we move forward, but making sure there’s universal access with focus on communities that have been left behind is our focus.” 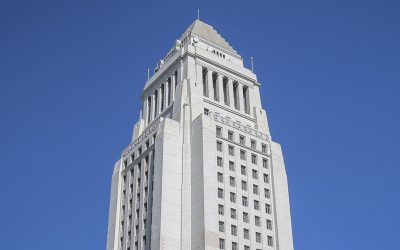