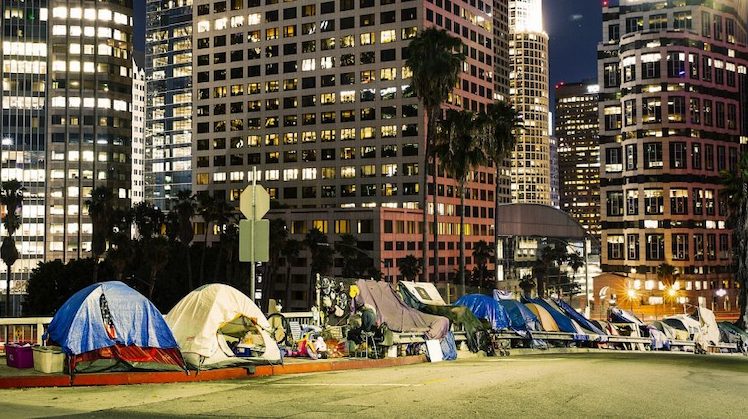 The Los Angeles Business Council is made up of dues-paying members from the business community. The group has been active in city politics, advocating for a litany of policy positions related to homelessness, including backing both Proposition HHH and Measure H.

The Times and the Los Angeles Business Council Institute funded the poll and a focus group, contracting with Peter Hart, the founder of Hart Research Associates who now works as a consultant for the firm. In the past, Hart Research has worked with numerous Democratic candidates, including Mayor Eric Garcetti, as well as with news media organizations.

Researchers Shane Phillips and Madeline Brozen from UCLA’s Lewis Center for Regional Policy Studies helped formulate the questions in conjunction with Hart Research and The Times. Phillips previously worked as policy director and was a registered lobbyist for the Central City Assn., which promotes the interests of downtown business owners and is active in homeless policy issues.

The final poll questions were reviewed and approved by The Times.

Neither the Los Angeles Business Council, its nonprofit institute, nor UCLA had influence over reporting by The Times on the results of the poll and focus group.

Mary Leslie, president of the Los Angeles Business Council, said her members felt it was important to do the poll.

“There’s only really one issue we care about, and it’s ending homelessness,” she said many of them told her. “From a humanitarian, health and public policy perspective, there’s wasn’t another bigger issue. It was so overwhelming to most of our members, they felt strongly something had to be done.”